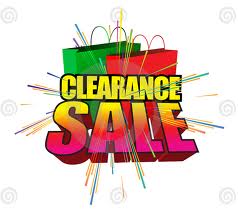 After several years making a large quantity of music in a variety of different styles, I am giving away almost everything I have ever written. But this is not an end, it's a beginning. If you are interested, I have written a few words to explain why I have come to this decision...

As a young producer with nothing but an MPC500 and my record collection, I made a well received trip-hop EP and my debut album. A few of the tracks on the album also used a couple of hardware synths, but the overall idea was to cut up and re-interpret the sounds from great and obscure records I picked up along the way. I would grab a few sounds I liked, put them into the MPC, sample some drum hits and start chopping, editing and slicing until I had something I liked. I didn't really know what I was doing, and some of my mixdowns were horrendous, but somehow the album was picked up by Terry at Pig Balls Records, and a few of the tracks ended up on Solid Steel mixes and got a bit of radio play, including Radio 6 Music.


Since then my skills as a producer have steadily improved, and I've been fairly prolific, producing tracks in loads of different styles, to varying degrees of interest from the wider world.


As a music fan I've never been able to devote myself to one style or one genre, and it's the same with my production. As a DJ, I've played all sorts of music, from the incredibly obscure and psychedelic to the guilty pleasures and everything in between. This started back when DJs tended to have one genre and would only play that style (it was 90% vinyl back then so switching up genres was much harder to pull off!)


I realized recently how much I have missed playing live. My old band, Syte and The Sound, had some great times in the 2 years we were together but sadly split last year. I would regularly turn up to gigs with MPC, decks & mixer, guitar, bass, and synth, and play them all live during the show. You can't beat the feeling of playing live, when anything could go wrong in a second, but when you pull it off it feels amazing.

So, thanks to encouragement from friends like Cheeba, who strong-armed me into playing an MPC set at a recent Soundcrash party, I started playing live shows again. The shows were great, and I got the familiar rush of performing, but despite the positive reactions I quickly realised that something was missing as a live spectacle... too much head-down tapping and not enough audience engagement. What was missing was vocals, mainly, so I started writing full songs with proper structures, and performing the vocals myself. This was a complete accident - every vocalist I approached with music let me down in some way, so I thought I'd just do it myself!

This process has been massively eye-opening... I feel competent enough as a musician to write the music that's in my head, and confident enough to vocalise the words that are in my heart. I also feel like there is so much potential in developing a live show around the new material. It's proper self-expression, a shift in my perception, and I want to make a new start, focusing on my original sounds.

And that's where I am now... writing new material, that sound like 'proper' songs, with original vocals, and working with Substatic's Colleen Quinn to put together an album and a live show that I think will blow some people away. I will lose fans, there is no doubt about it... some of you won't understand what I'm doing. But I'm cool with that.

So this is a chance for me to draw a line under the music I have made thus far, by giving it all away for FREE, as a thank you to all who have supported me during my career so far. I will archive it all at some point, so grab what you can now if you want it.

Peace out for now, I'll be back with a bang soon.

TRACKS: This is everything I've done to date as Ewan Hoozami, except 2 current or pending remixes, which it would not be fair on the labels to give away. Also except for some material that will be on my new album.

There are 3 BRAND NEW tracks up for grabs - I've put these at the top of the set.

If you wish to make a donation, please make payments to ewanhoozami @ gmail.com via Paypal.