Ewan Hoozami is an award-wining DJ, producer and vocalist based in Brighton, UK.

Drawing on 10 years of crate-digging and using his own edits, productions and original compositions, Ewan Hoozami's sound is a blend of Disco, Funk, Synthwave, Soul and B-Boy Breaks, with an ear for the unusual and eclectic.

Having won the Dimensions Festival producer competition in 2013, Ewan has produced albums and EPs for Goodgroove Records, Pedigree Cuts, Midnight Riot Records, and his own Particle Zoo Recordings label. His Artist EP on legendary funk imprint Goodgroove Records was described as "a banging slice of B-Boy Funk" by Craig Charles on his BBC Radio 6 show, while his latest album, Robot Soul, was released on Warner-owned Pedigree Cuts, home to the likes of Finley Quaye, Shawn Lee, The Brand New Heavies and Skeewiff.With music featured on adverts by Visa and Adidas among others, his 'genre-agnostic' songwriting, exquisite DJ sets and multi-instrumentalism is steadily building a global following.Current side-projects include Sirklz; wonky, futuristic beats that have earned praise from the likes of the Nextmen and All Good Funk Alliance, STEGA; deep club/bass musicwith a disco/house vibe, The Mind-Reading Space Lasers: live electronic/space-pop duo and May May & The Woods; 80's style melancholic synth-pop.


For all DJ enquiries ewan@particlezoorecordings.com 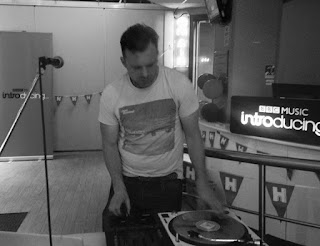